We all know there are zillion ways stories can be told. Books, yes! But also, comics, films, songs, poems, dance, paintings, non-verbal language, tik tok, photos…. Yet, when it comes to one particular story, we usually stick to its form or eventually enjoy (or not) the same story retold as a movie. But why not try and retell your own story in several different ways?! Evian Wang Yingrui practiced this approach with much success. Firstly she wrote a modern fable that goes by the title Escape. Then she retold it in the form of a play script. And soon, she`s going to stage her story and retell it again in the form of a theatrical performance.

Since Evian is one of the first winners of our literary contest (she won first prize), we are delighted to share with you her story Escape, as well as her play script – ready for staging (and soon, we`ll share a video of her drama on stage).

“Ladies and gentlemen, welcome to the Crown circus. There will be a wonderful performance for you guys tonight. The most important thing is that we have invited the ‘diamond’ in the crown tonight. Please applaud and welcome Diamond and his partner Momo!”

“Don’t look at me; I wouldn’t partner with you if I didn’t want to eat carrots tonight. You make it sound like I want to be your partner….. SHH, here he comes.”

Oji Takeshi walks slowly and evenly down the corridor to backstage. He raises his head proudly and sits in front of the makeup mirror. He took a little hair wax from the dresser and put it on his head. “Look at this handsome face! That’s what the king of animals should look like. “He rubbed his chin with satisfaction. In the mirror, he stared at himself and inadvertently looked over to Diamond and Momo’s cage, “Hmm? What are you two doing here?” He kicked their cage angrily, “Is this a place you can come to? Kicking the cage has soiled my leather shoes; wipe my shoes!”

Momo gasped, perked up her ears, and said: “Who do you think you are? When I come out, I will”. Momo was interrupted by Diamond before she could finish her sentence: “Okay, you little rabbit, shut your mouth, I’ll wipe it, I don’t want the shoes to get your hair dirty, and later the audience will say you’re dirty, and you’ll blame me.” Momo smiled happily and looked at Diamond angrily and said, “I didn’t! It was you who got the paint on me, and that’s what made him lock me up.” Diamond didn’t say anything but walked toward the open cage door to get a towel to wipe his shoes.

“Stop, just use your fur to shine my shoes; you can’t waste this good wolf fur, don’t you think so.” Oji smiled and laughed, thinking that he had an excellent idea. “… Okay,” Diamond appeared to be compromised, but the left corner of his mouth suddenly rose, and he smiled slyly as if he had thought of some good idea. Diamond took something out of the stack of towels and hid it in his palm, and walked quickly toward Oji again. One knee on the ground, “Put your foot on my knee,” and then use his arm to wipe his shoes, but at the end of the wipe, Diamond suddenly with a paw to give him a few more heavy strokes, “Okay, Mr. Oji, your shoes are clean.” Oji kicked Diamond out a meter away and said, “Next time after you wipe my shoes, remember to get out of the way” Oji proudly walked in the opposite direction of Diamond with his chin up.

Diamond was not angry at all but smiled and walked towards Momo, who saw Diamond in the cage and growled: “What are you smiling at? Momo pouted and turned his head to the side. Momo said, “Did you see my last move?” Diamond said, “Do you want me to comment on your last move of shining his shoes with your paws? I’m telling you, it’s hard to watch!” “So you don’t know what’s in the towel?” “You! Well, I hid a blade that I want to use to pry open the door of the big cage after the show, then.” Diamond suddenly grabbed Momo’s paw, stared at Momo with sharp eyes, and said firmly, “Escape.” Momo had not yet slowed down, ready to continue: “Yes, escape, and then ……. Wait a minute!”. How do you know that?” Momo turned his head, and his eyes widened: “You know you can report me for saying such things, right? The bear, caged next door, was reported by his nemesis, the minnow, and the bee, for trying to escape and is still alive?”
Hearing these words, Diamond unbuttoned his suit and shirt, turning his bruised back to Momo.” Not only do I know I’ve been there, but the audience loves me so much that they wouldn’t dare kill me, or they couldn’t answer to the audience.” Momo surprised Diamond by putting his paws on Diamond’s paws.” So you want to . …. “Diamond grabbed her paw and said, “Escape, get out of here, get out of this abusive place and go back to Animal City.” Momo’s eyes had a hint of sadness and bravery, “I won’t report you, trust me. We’ll get out of here together.” Diamond put his clothes back together and pulled Momo towards the stage.” I have a way that you will know what I did with your blade. Come up on stage with me.”

“Let’s give a big round of applause to the “King of Animals” – Oji Takeshi, the Diamond in the Crown – Diamond, and his partner – Momo!”

Oji wore a black sequined blazer with gold embroidery on the collar of his shirt, revealing a high sense of pride everywhere he wore it. He walked to the center of the stage wearing black leather shoes that had just been polished by Diamond and landed on his heels before his toes. “Hello, I’m Oji Takeshi, the King of Animals, so I’d like to invite my two partners to the stage.”

The White hat, white suit, black shirt, and black glasses. When you see the costume, you know that Diamond is here. This time is different, Diamond can not straighten his back because of the wound on his back, but his physique is still the best-looking of all the animals, which is why he is the most popular. Momo is the most famous rabbit in the circus, a snow-white fur plus a noble black evening dress with a shiny silver crown on her head; Momo followed Diamond on stage together.

“Let the show begin!” Oji Takeshi took off his tall hat and nudged the brim with his magic wand, a classic circus act, but unlike he usually does, this time Momo didn’t come out of the hat but from Oji Takeshi’s suit pocket. Oji Takeshi took a deep breath; he didn’t know what was happening and could only show the spectators his pocket, pretending that this was his original plan. “Hey, Momo, would you….?” While Oji Takeshi was talking, Momo had cut through Oji Takeshi’s pocket compartment with his pocketknife and stepped from the pocket onto the floor, running along the edge of the stage. This is entirely different from Oji Takeshi’s routine performance that made him run after Momo while sweating cold, muttering, “Bunny, you come back!” Momo gave Diamond a wink while running, and Diamond’s mouth turned up, understanding Momo’s meaning and pulling the gate down on the cold fireworks. The cold fireworks began to spray, and flames were distributed right at the edge of the stage. The fireworks touched the corner of Oji Takeshi’s coat, but it did not burn.
Oji Takeshi, who performs the finale every time, had not used and much less understood cold fireworks, and he was taken aback and collapsed on the floor. “Come and help me! I’m going to get burned! Help!” He cried for help, and other trainers rushed up with fire extinguishers to help Oji Takeshi “put out the fire.” The stage was in chaos when Momo made a sharp turn and ran to the pole connected to the wire, where Diamond was waiting for her to meet him. Momo jumped hard into Diamond’s hand, and Diamond put him in his pocket, then he climbed up the wire and took out the blade Momo had prepared from another pocket. He looked at Momo in his pocket and said, “Sit tight! Diamond grabbed the wire with one hand and cut the wire with the sharp blade with the other hand; the wire first swung backward and then turned upwards by inertia, and Diamond let go when it reached the highest point. Dimond and Momo flew out of the circus grounds with the force of inertia.

Momo in the air was terrified, huddled in his pocket, and asked shakily, “Is this the way you said? We escaped, but we will fall to our death!” Diamond said calmly, as usual, “No, you look down; there are them waiting for us on the ground.” Momo poked her head out and saw a sheet; she was about to poke her body out to better look at what was happening down there when there was a “Dong,” and they had landed on the sheet. When Momo slowed down and rolled out of her pocket, she saw bees, giraffes, sloths, bears …… and all the animals in the circus! The bees were leading the sheet with their feet; the giraffe was holding the sheet in its mouth; the sloth was hanging from the tree holding the sheet in its hands, and the bear, who was thought to be “dead,” was lying on the ground as a cushion.

Momo first saw the little bear and asked in surprise, “Why are you here? Haven’t you been killed by them?” the little bear smiled and said, “They didn’t kill me, but Diamond told me to hide and prepare for escape, so when it was me, I lay on the ground and pretended to be dead. Later, I collected information and prepared things for escape in all parts of the circus.” Diamond said, “Mr. Xiong prepared the towel pile, bedsheet, and fire extinguisher behind which you hid the blade. Mr. Xiong also told us what the show tonight is and the location of the cold fireworks.”

Diamond looked happily at Momo, “I told you, I have a way to escape! But now, there is no time to celebrate; Oji Takeshi and the others are probably already catching up with us; let’s run first. The destination is – Animal Town!” 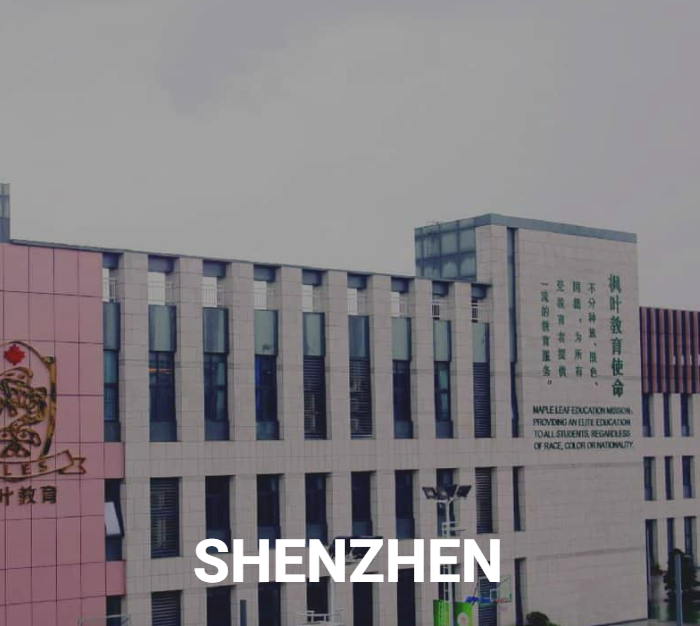 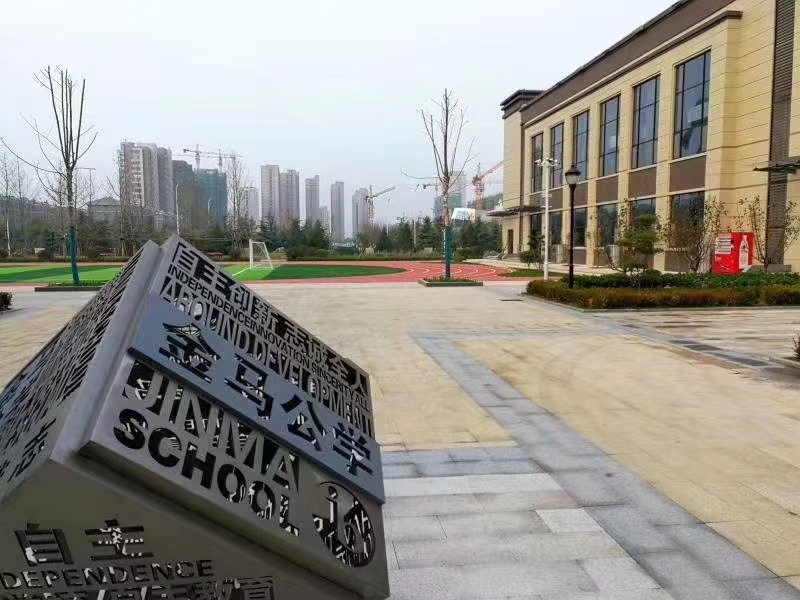